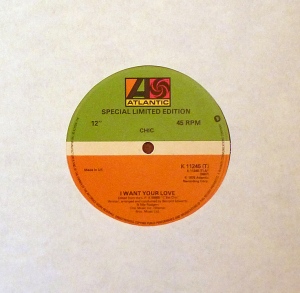 We started back at college in September and, like all second year students who hadn’t found their own accommodation, Robert and I went into digs. The house we lived in was up along College Road, just a couple of minutes away from Owen House and was owned by a little, busy looking lady with dyed black hair and big glasses, who we always called Ronnie. She lived there with her husband and family, though we never actually saw anyone else throughout the whole year! Occasionally in the mornings we might see the bottom of a dressing gown going into the bathroom or disappearing into one of the bedrooms but never enough of a person to speak to. The room we shared was just big enough for two single beds and a chest of drawers, along with a couple of small, built-in wardrobes that had a bookshelf stretched between them. Ronnie was lovely and looked after us as much as we needed, even knocking gently on the door every day to tell us when it was time to get up. However, we were only ever in there to sleep and, apart from breakfast and Sunday tea, we spent almost every waking moment either in the main college building or at the houses of friends who’d been bothered enough to move into their own place.

One such person was John (Merrylees, he of the top quality hi-fi system) so we were at his place a lot. We made home-brew beer in his kitchen which, I have to say, I never really liked but drank anyway because it was cheap. The three of us (and home-brew) were largely responsible for writing that year’s college Christmas pantomime – Cinderella. We also listened to his ever expanding record collection including the genius of Viv Stanshall on his new album “Sir Henry at Rawlinson End”, a largely spoken word record that contained so many memorable lines, it’s hard to pick out specific examples. Some that have long been part of my general vocabulary, though, are ones such as, “Did you know there is no proper name for the back of the knees?” and, “I don’t know what I want but I want it now!” For sheer poetry, you can’t beat, “A pale sun poked impudent marmalade fingers through the grizzled lattice glass and sent the shadows scurrying, like convent girls menaced by a tramp.” Like I said, genius.

The weekly college discos up in The Wilkie featured one or two recent chart hits, some music from the early seventies and lots of Motown, almost all of which I despised as throw-away rubbish, featuring clean, shiny suited men performing cliched, synchronized and sanitised dance moves. Not my kind of thing. Then someone played “I Want Your Love” by Chic. Earlier in the year I’d heard “Everybody Dance” and “Le Freak” and they were, to me, just your average disco songs. But it was Bernard Edwards’ bass line on this one that jumped out and again struck me (as with Bob Marley’s “Exodus”) as not so very far away from the ones Gong used. Along with that was Nile Rodgers’ tight guitar rhythms, the jazz-like piano and the tubular bells. This might be disco music but it was disco that had its grounding in rock music and progressive rock at that! That night I exclaimed to anyone near me, “Listen to that bass! Can you hear that bass?” Apparently no one could and to this day I can’t for the life of me work out why!