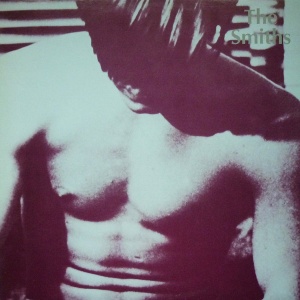 Pretty much everyone accepts that there is a North / South divide in some aspects of life. House prices are obviously massively different, as are the types of industry – we have some farms around here but I grew up with the grime and smog of the Sheffield steel works and pits. Our Northern accent is very different from that of Southerners. However, what isn’t perhaps acknowledged as much is the difference in our sense of humour.

When “The Smiths” was released in February, what I was reading about it in the music press or the tabloids, didn’t match up with what I heard on the album. Morrissey was held up as the champion of the lonely, the disaffected student pining away in his bed-sit. Perhaps it’s because I was neither of these, but I thought Morrissey’s lyrics were funny. Not always, of course, sometimes they were touching, poignant and deeply empathetic. But his observations were of a life that I knew; life in a big, grey city where people said the kind of things we said. “I dreamt about you last night and I fell out of bed twice,” or, “I know that wind-swept mystical air; it means I’d like to see your underwear.” How can they not be funny?

“Does the body rule the mind or does the mind rule the body? I dunno. Under the iron bridge we kissed and although I ended up with sore lips, it just wasn’t like the old days anymore.” Mundane, perhaps but elegantly so.

The tabloids accused The Smiths of paedophilia, but in “The Hand That Rocks The Cradle” Morrissey sings, “My life down I shall lie,” taking the part of the parent who would die for their child. In “Suffer Little Children” they were accused of glamourising the Moors Murderers but “A woman said, ‘I know my son is dead, I’ll never rest my hands on his sacred head.’ You might sleep but you will never dream,” is nothing more than a particularly sensitive and touching remembrance.

On March 19th I coerced our Neil into coming to the City Hall with me to see The Smiths live. I saw at first hand just how dexterous and fluid Johnny Marr’s playing was. Morrissey may have played at being a fop but again, that was the point, he was playing at it. The gladioli in the back pocket or swinging around his head were just him hamming it up – it was funny. This was one occasion when it was clear we were in the presence of greatness. The Smiths were something very, very special.

Our club band was going from strength to strength and we were rapidly becoming old hands at the entertainment game. After our first couple of gigs, we were taken on by Angle Entertainments, a clubland booking agency based in Maltby and run by the improbably named Johnny Angel (fat bloke with 80s footballer’s perm). We travelled all over Yorkshire, often playing Friday, Saturday and Sunday night in Working Men’s Clubs or Miners’ Welfares. We had many great nights where everyone would end up dancing, coming backstage for autographs and wanting to know where we were playing next. Less often (thankfully) we had less enthusiastic nights where people would sit, arms folded and steely-faced, glaring and muttering as we switched on our “theatrical smiles”, turned the volume up and basically amused ourselves. At first we were disappointed on such occasions, but we soon learned to just do the job, take the money and go home.  It didn’t help that our first year coincided with the 1984 Miners’ Strike and we were playing to increasingly despondent and desperate audiences.

At South Elmsall WMC there was a sign over the bar saying that anyone heard using foul and abusive language would be ejected from the club immediately.  It was one of the the most foul and abusive places I’ve ever been to!  At a club in Intake, Doncaster, we were told on arrival that because most of the men were either working or retired miners, many suffered from emphysema.  The concert secretary said, “I hope tha’ dunt smoke.  We don’t ‘ave turns ‘ere that smoke, tha’ knows.” It was one of the smokiest clubs I have ever been to!  As we were setting up at a club in Barnsley that we’d never been to before, one of two old ladies sitting at the front tables very loudly announced, “If I’d known these were on, I wouldn’t have come.” Having complained about the “bloody noise” all night, when it came to the end, she clapped grudgingly but, of course, demanded, “More!” At another club in Barnsley, we arrived to find everyone dressed in Country and Western clothes, looking like cowboys complete with guns in holsters and spurs on their boots. Naturally, we said to the secretary, “Oh, is it fancy dress then?” To which he replied, “No, why?” It was a good night actually if a little strange.

And always there was the bingo. You could talk and shout as much as you liked while the turn was on but dare to so much as whisper when the bingo was on and you would be ousted from the club before you’d finished your sentence! Some of the bingo callers were great. “Honky ponky (or Kelly’s plonker) – number one,” “four and five – the Immingham bus,” “seven and six- was she worth it?” “Those legs,” (tap your glass or whistle – they didn’t need to say the number) and, “Number ten – Maggie’s den,” followed by genuinely venomous shouts of, “Get her out!”

As for the music, we played pop hits from the 60s, 70s and a few chart songs of the day, along with one or two songs with a bit more musical credibility by bands such as Blondie and even the Ramones. I had gradually been developing my guitar style based on the choppy, staccato rhythms of the Gang Of Four, so that while everyone in the club was dancing to “The Locomotion”, in my head I was actually playing “Damaged Goods”. Of course, after hearing Johnny Marr, I had to go and buy a chorus pedal and start introducing more jangly arpeggios into my playing where possible. I wanted to be in The Smiths.